Teach your horse to Lie Down, by Ken McNabb 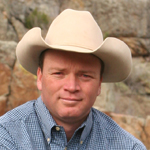 [This article was published in Performance Horse Digest, Volume 1, Issues 4 & 5.]

Approach untrained horses with caution. Enlist a professional to help you tackle the big lessons!

We enjoy hearing from you!

Until next time, may God bless the trails you ride.

Empty Fields Everywhere — Why Movement is So Important, by Juliet M. Getty, Ph.D.